The story of the beginning when I was looking for some 3D files ready to be printed with my RepRap, when I stumbled upon this model of robot arm on Thingiverse,

I had servos and arduino nano under hand, intijk also provided a basic firmware accepting serial orders,  so I decided to make one!

A few weeks of hacking later , it allowed me to familiarize myself with the processing software by creating a program that can run it without having to enter coordinates in hand, but with joystick, keys, mouse, or preprogrammed sequences… And I’m going to share it here.

The control software that I created is called ARCS,
It consists of a program for windows, linux, mac normally if you try on a mac thank you for letting me know, I didn’t had the opportunity to test, it also includes a firmware for arduino based boards, based on the work of « intijk » but highly modified !!, and tools that will elaborate as time goes by.

It allows the user to set his robot (calibration), but also to control in many different ways: mouse, keyboard, joystick, you can even consider other forms of more exotic controls, arcs is written with processing and will be open source! So you can easily understand how to modify it and make it fit for what you want.
It has a sequence programming interface by position storage. Clearly it can memorize « waypoints » that the robot will redo alone. We can even set the speed on every move!

Here are some screenshots: 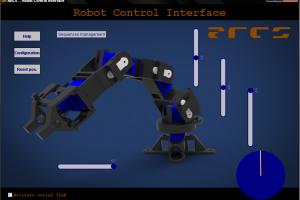 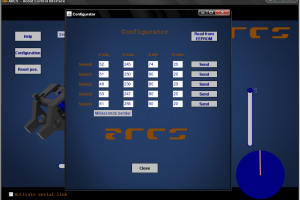 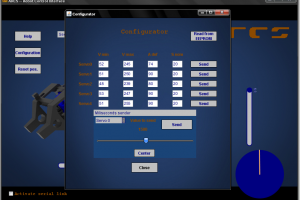 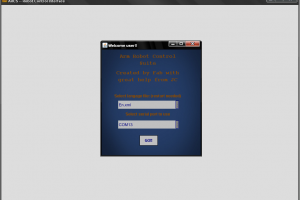 And here is a video demonstration of the  robot playing a sequence created with ARCS:

I will soon launch a crowdfunding campaign on Kisskissbankbank.com  during which kits will be available including everything needed to assemble the robot presented here, this to fund the development of the software.Details of manufacturing kits are set, still rest some work to do on presentation on the site, so it will happen fast!After the campaign, the source files of the program and 3d files to print or modify the robot yourself will be made public.I hope to make this little program a good tool for robotic discovery available to all.

more articles to come on the details of the  (epic!) development this project …